My Relationship with MAC: Featuring Past Collections 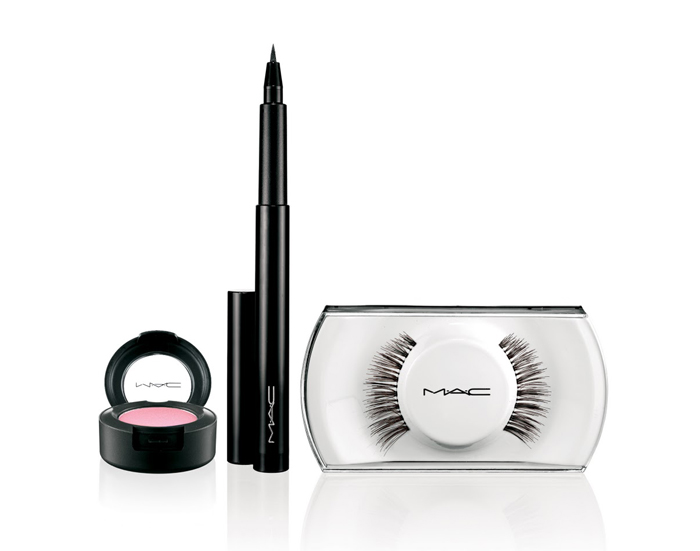 I had always been a fan of MAC but somehow it stopped somewhere. I’m not sure why exactly, but I suppose it was because I found other good makeup brands while exploring on my own. It used to be that MAC was my go-to for all cosmetic items, be it foundations, lipsticks or blushes. But then gradually, time and again, I got put off by the snotty attitude of the makeup artists at the MAC counters themselves. I also found alternative products from other brands that seemed to suit me better.

Once, quite some time ago, I inquired about an eyebrow trimming session at MAC. I hadn’t said I wanted to do it there and then but the head artist present said I had to make a reservation. There was no one there that day but she refused to do my brows for me – even though I had not asked for it myself! What is this? It’s been years since then so I’m not sure if the service standard is still the same. But one thing’s for sure, I never bought another MAC product from a physical store anymore.

The final MAC item I bought – online – was a lipstick from the Give Me Liberty of London Collection in 2010. I got the one in Petals & Peacocks, a bright pop of fuchsia. I still have it in my makeup drawer and I love that colour a lot!

MAC's Give Me Liberty of London Collection in 2010 - one of my favourites.

Now I won’t go through all the collections from MAC that have been launched since the Give Me Liberty of London one, but here are just some of them which caught my eye as the months passed. One of the following collections, Art Supplies, seemed pretty cool. I liked the concept of how the lip colours worked like markers and you could just colour or draw them on. I didn’t get anything from this collection because my purse strings were too tight then.

A few collections later, MAC came up with To the Beach. I lusted over the Marine Life High-Light Powder but that was shortlived. The shimmer was found to be overspray and actually, green isn’t really my colour. You know, sometimes I wish makeup companies would allow customisable compact cases for us. Oh but that seahorse sure is cute!

MAC's Marine Life High-Light Powder from the To the Beach Collection in 2010.

Then came Venomous Villains, a collection featuring the baddies from Disney that everybody knew. Ursula, Maleficent, Cruella, The Evil Queen from Snow White and the Seven Dwarves and Dr. Facilier. While I love Disney, I don’t like mean characters so I sat this one out as well. I always prefer classy, modern, cute, elegant designs in my packaging.

Two collections later we got MAC & Marcel Wanders. The packaging was pretty for that one and I especially loved the brushes. However, nothing really stood out and screamed at me to buy them. Or maybe I was too busy with exams and settling down in France at the time. I didn’t quite fancy the Cham-Pale Collection either. Something about a frosty and pale look doesn’t fit with me. Styledriven this year was pretty funky and retrolicious but nothing also stood out from the collection.

What came next was confusing. The MAC Glitter & Ice, Ice Parade and Dazzlespheres Collections followed one after the other. Now I know this was launched in the winter but the three collections seemed more like an extension of one another rather than totally different collections altogether. Also, they were all carrying the shimmery, wintry colours of the season. The stars of the Dazzlespheres Collection were the Metallic Pigment Kits but I’m not a fan of loose powder and even though MAC’s pigments are generally awesome, I don’t own any of them.

MAC's Glitter and Ice Collection in 2011.

One of the latest collaborations is Miss Piggy for MAC. This collection is very limited as it consists of just three items – an eyeshadow, a Penultimate Liner and a Rapidblack Black Lash. There aren’t even shades to choose from. Just three single items put together to form a set.

This is the collection from which I am most likely to get everything. Not that I definitely will but it’s worth a consideration – A quick check showed that you can own all three items for less than US$50.

MAC has long been in the market and has remained popular with many makeup enthusiasts. I hope to see something more glamorous from the brand in future, and hope that they’ll come up with more variants of their highly coveted brushes. I’d like to see an angled blush brush alternative for the 168 from them if they ever come to that idea.