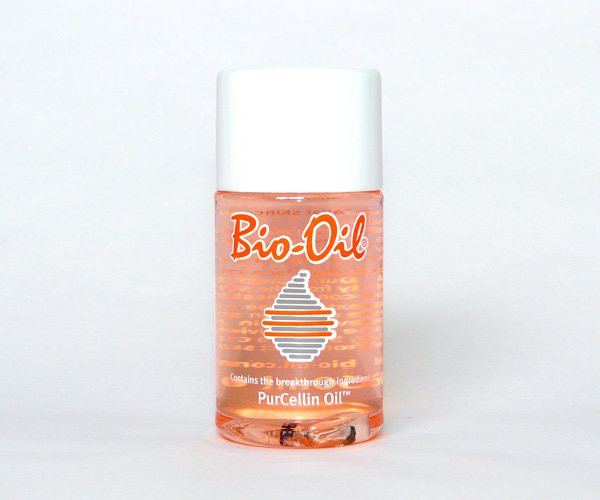 Bio-Oil: The answer to great skin?

I’m onto my second bottle of this product so I thought it’s time for a review. Bio-Oil is manufactured in South Africa and was only recently introduced in Singapore. It’s supposed to help improve the appearance of scars, stretch marks, uneven skin tone, ageing skin and dehydrated skin. It contains PurCellin Oil that helps it be readily absorbed into our skin. To see results, you’ve got to use it twice daily for at least 3 months. Since its launch in 2002, it’s already won 80 awards for skincare and is the No. 1 selling product for scars and stretch mark problems in 11 countries.

A bottle can last you through that 3 months or even more, depending on how much you use. Mine lasted for 4 but it could’ve lasted for longer because I spilled so much on the floor while applying it every time. I don’t use this on my face because it contains oil (see ingredient list below); I really don’t want to risk getting clogged pores, and especially not when I’m in a climate like Singapore’s. I use it instead on the scars I have on my legs, such as those left behind from mosquito bites (which I did not scratch hmpf!), and my stretch marks around the hips and butt. It does reduce the appearance of scars but do keep in mind that fresher scars will heal faster than old ones. As for stretch marks, I don’t apply Bio-Oil on them as often as I should. Even then, they do look less obvious now than before.

It's the oil that gives the orange tint.

What I like about this product is that it is moisturising, effective and safe. It doesn’t contain phthalates, hydroquinone and some of the other toxic ingredients that everybody knows of (and yet still ignores), and can even be used when you’re pregnant to prevent stretch marks from forming! It is not something that gives instant results – If that’s what you’re looking for, you’d be better off at the dermatologist doing fraxel. When using it, you have to be very patient.  It is effective when used in the long run and if I had a personal masseuse, I’d ask her to use this during spa sessions.

The texture of the oil isn’t thick at all and the product is readily absorbed. If I had to describe it, I’d say it’s kind of like water that binds to your skin. This colourless blend hasn’t given me any negative side effects and I see myself using it for many more months to come. It’s also affordable, costing about S$15, and can be easily found in places like Watsons and Guardian (Singapore).

To get the full benefits from Bio-Oil each time you use it, you have to massage it into your skin using circular motions until it’s fully absorbed. I find that it heals my scars much faster this way than if I just apply it on and leave it as it is. The only thing that could be a problem is the opening of the bottle. The oil comes out from a hole at the top; You have to tilt it like a ketchup bottle to get the product. When you’re not careful, too much can spill out and be wasted. However, the good thing about this is that you get to use up all the contents of the bottle, so you do get your money’s worth if nothing splats on the floor.

Beauty Myths Series: Is Makeup Bad for Your Skin?

Kérastase and Yaz Bukey Bring Us Something Special