Beauty Myths Series: Life Will be Better after Plastic Surgery 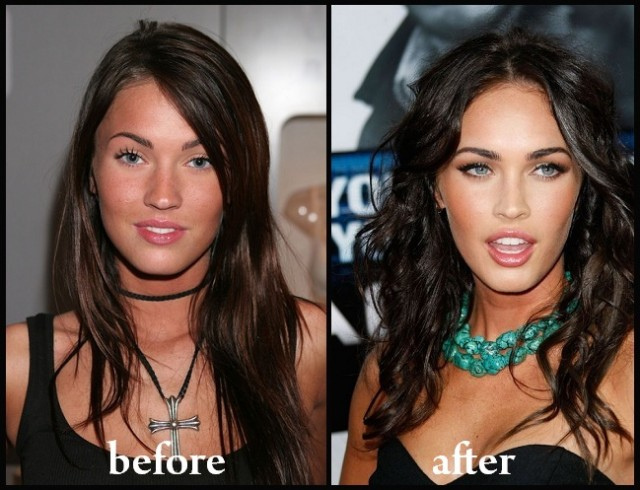 Is plastic surgery the solution to all problems?

Plastic surgery is getting increasingly common in our world today. Be it in the west or in the east, women and men alike are getting their faces (and other body parts) done. Many of us believe that plastic surgery is the answer to a better life but is it really true?

A quick check showed that in America, more than half the population approved of such procedures and that the top two most common plastic surgery procedures in 2010 were breast augmentation and liposuction (surgery.org). In 2009, South Korea became the country with the highest percentage of its population going for plastic surgery in the world (asisnplasticsurgeryguide.com). In the west, bigger is better. Boobs, butt, cheeks and now, even lips. In the east, it’s a little more varied with bigger eyes, sharper noses and smaller lips being seen as ideal.

Reasons for going under the knife are different for everyone who does it but it seems to be more or less the same – to look better, which could inevitably lead to better and more opportunities in life with regards to career. It’s known that better-looking people generally earn a higher salary and get more perks on the job. Employers are also more inclined to hire them as opposed to those who look average or below average. Models, actors, singers, newscasters more often than not look good on camera (and off too, I’d say). In some career lines, looking good is a prerequisite. In general there is definitely money to be earned where looks are concerned.

Megan Fox: A classic example of how people succeed with plastic surgery.

For many people in the media industry, plastic surgery makes one’s life better. Just look at Megan Fox, for example. She would never have landed the lead female role in Transformers and turned out this popular if not for her new looks (let’s just ignore the part where she insulted Michael Bay here). Those who are anti-plastic surgery are all for what they call natural beauty and see no reason to focus on one’s looks when looks are just temporary (and they therefore advocate an emphasis on character instead). However, these people are forgetting that life in itself is also temporary! What problem is there in looking better, reaping benefits from it and making use of those benefits to make smart and profitable investments down the road in the later years? In this sense, there is no point in going for plastic surgery when you’re 55, really, and it would be much better to do it when you’re decades younger. Furthermore, if two people have equally good characters but one of them looks better with surgery, what difference does it make to us, the outsiders?

Yes, it’s not necessary for people who do not think the way they look affects their lives in any way. But there are people who need it. Some examples are victims of acid splash, burn victims or even people born with facial deformities like cleft lips or a really distorted bone structure. How is it more acceptable that such people can undergo plastic surgery to look better while normal-looking people cannot? With better looks, even if they may be fake, confidence levels increase. And obviously people are drawn to confident people. Networking becomes easier (because admit it, not everyone’s an innate extrovert) and who knows, you might get the next business collaboration based on a good first impression.

However, and this is a big however, there are some people who overdo it. They’ve done almost everything under the sun to themselves. You name it, they’ve done it. Liposuction, botox, fillers (lip and face), forehead implants, cheek implants, eyelid surgery, rhinoplasty… etc. Some go to the extent of not looking like themselves anymore and some even look hideous after all that money spent. I mean, hello, does anyone think that Jocelyn Wildenstein looks remotely approachable? I think not. And what’s with the current trend of duck lips?

The most beautiful lips in the world. Not.

If you look like the above with those sausage lips and actually think it makes you look better than you did before, you have got to be kidding me. It isn’t even the slightest bit attractive. The same goes for those who’ve got an au naturel face and surgically enhanced boobs on which champagne glasses can stand on. There must be some form of body dysmorphic disorder somewhere in that brain, which places you among the anorexics, and it’s very much wiser to check in with the psychologist than plastic surgeon. No, life will definitely not be better if you turn from normal to ridiculous. Sure, you’d be getting some attention but it would be for all the wrong reasons, which aren’t the ones that led you to undergo such procedures in the beginning. OK, and seriously, surgeons who allow their patients to leave their operating wards looking like that have got to be committing a crime! Also, instead of being known as the witty girl who’s got charm, you’ll just be known as the girl who can smash watermelons and bricks with her JJ breasts. Kind of like a circus act and there’s nothing elegant nor glamourous about it.

Addiction’s another issue where plastic surgery is concerned. Perhaps this one arises from the dysmorphic conditioned mentioned above but it could also just be someone always getting bored of his/her looks and has way too much money. In some cases, families suffer because every single cent is spent on changing the way one person looks. Priorities are no longer the same. Instead of saving up for a child’s education or medical insurance, or even to pay off debts, money is being pumped endlessly and uncontrollably into the surgeons’ pockets. This is worse than being addicted to gambling because these surgeons, being doctors who should care about their patients, are accepting that money! Some addicts even borrow money to go for surgery, which is completely uncalled for. It’s also very unfair to their loved ones who have to live with this problem and not be able to do anything about it.

There have also been cases of people not being able to accept their new looks and are unable to make the connection between what they see in the mirror and what they’ve known all their lives prior to that. They don’t feel like themselves anymore and may even feel alienated from their own persona. This could lead to a bout of depression, which isn’t anything to be happy about.

Finally, I’d like to address the people who go for plastic surgery to make someone else fall in love with them. You know what, guys? This doesn’t work. Get over it. Wildenstein didn’t get her husband back (though it’s not hard to see why) and neither will you. Changing your looks is not going to make someone love you more, or even worse, leave their partner for you. If they did, you are one unlucky, delusional person. When things don’t go the way you expect them to, you’ll spend your life wondering why and not being able to accept it. It might even make you depressed and lead you on a round-about series of more surgeries to “improve your looks,” which could lead to an addiction and all the problems associated with it.

So, does plastic surgery really improve lives? It all boils down to the reasons and the extent to which it’s done. It’s not something to be taken lightly because plastic surgery does change lives, whether positively or negatively. Let’s put it this way: If you could choose to buy a car or to get your face done, which would you choose?