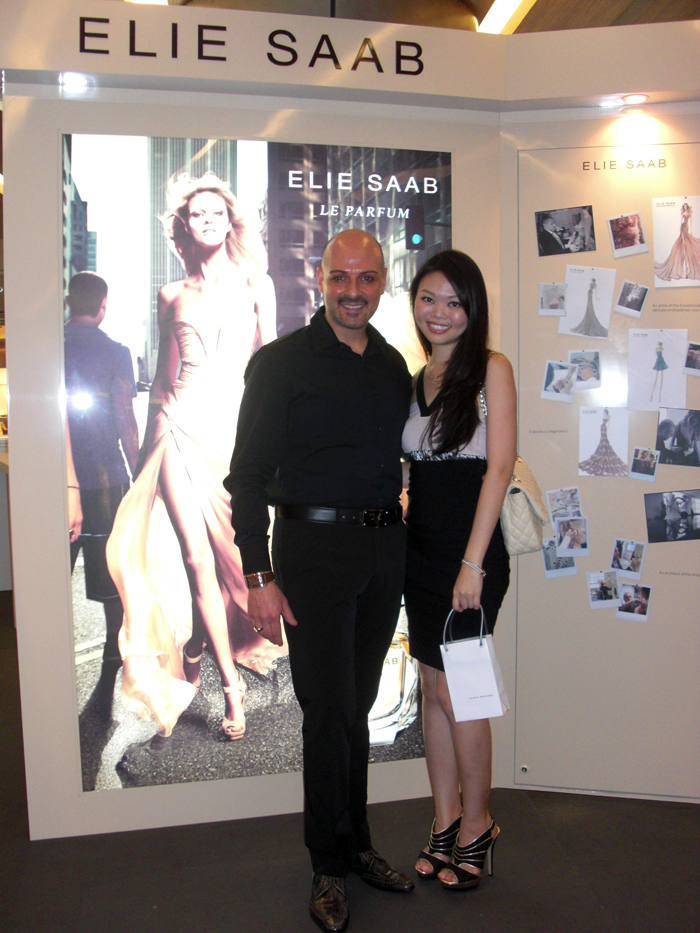 I had a brief fragrance profiling session with Danny Ventura one fine evening at Paragon (Singapore). Danny is the International Training Manager for Issey Miyake Parfums and it was evident how incredible he is.

The first thing I had to do was fill up a multiple choice questionnaire asking me things about myself. After Danny went through my answers, he told me my character traits. Things like me always wanting to try something new and being mysterious popped up, and I swear I thought he was a psychic. Everything he said about me was true! Then he proceeded to let me smell three different scents and asked me to tell him the colour that first came into mind when I met each one. After that, he added one more final scent to the three and, putting them together, we got my fragrance. It was amazing!

The individual scents that can be mixed together. These are the different "notes" we often read or hear about in a fragrance.

I wish I could have played with these a little.

Which one of these is mine?

My signature fragrance? Elie Saab’s Le Parfum. I love it! I asked Danny if there were other perfumes that would suit me. He gave me a whiff of some Jean Paul Gaultiers and a Narciso Rodriguez but I still liked Elie Saab’s the most. A little trivia: Danny himself wears Narciso Rodriguez. And here’s a picture we took together with a blown up ad of my signature fragrance:

With Danny. Such an honour.

I was wearing a dress that day, under the Zara work skirt. The bracelet was from Rinsie Rose, the bag from Gmarket and shoes from New Look. I have to do something about my hair. Been trying to change the part but it just falls limply down and I don’t know how else to make it not. Any one has got ideas?