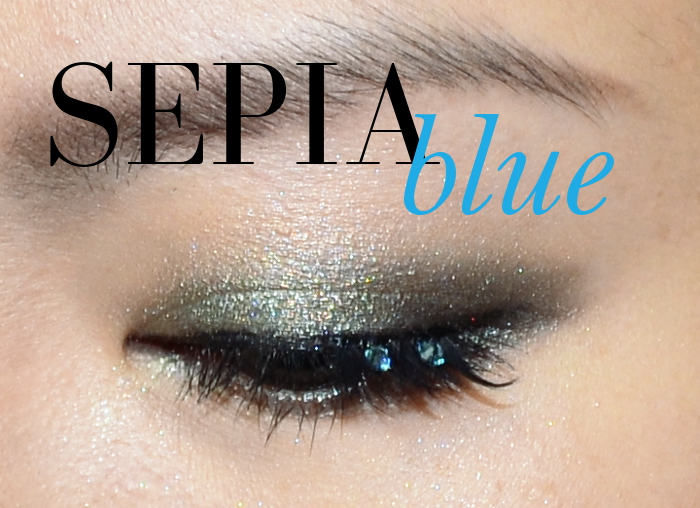 Nobody understands the summer heat like us Singaporeans do. When it gets too parched in the day, we wait up till it’s night to head out and party. I mean, that’s why the F1 Night Race started, right? So, feeling too-hot-to-twerk one Saturday afternoon, we made sure to reserve some energy for the Singapore Night Festival that night.

I decided to take my new lashes from the Make Up For Ever new Sepia Blue collection out for a spin. Now, I’ve been looking for lashes with crystals since forever. The Dior Grand Bal False Lashes that were launched last year did make my heart flutter, but for some reason I didn’t get it. When I saw this pair at Sephora, I knew I just had to grab it.

The Make Up For Ever Sepia Blue False Lashes up close.

Short lashes for accentuating the ends of your eyes, this pair is great for girls who are apprehensive towards using bling falsies. It’s nowhere near being over-the-top and has that understated glamour to it. The prettiest part of it is that the crystals are muted blue, something unique and different from many of the other mainstream bling lashes.

The crystals appear most conspicuously when you blink or look downwards. It’s sexy without you trying.

Too hot for fall. We need four seasons in Singapore! Look how long the lashes are on the outer ends of my eyes.

A closer look at the smokey eye and lash makeup.

The crystals aren’t obvious when your eyes are open but your lashes will look longer.

This look is kept simple with the semi-smokey eye effect not overwhelming other parts of the face. You don’t want to distract attention away from the lashes! The makeup used to create this look:

I love this pair of lashes because not only are they light, they also stay intact when I remove them with water. The lash strands don’t stray and the crystals remain tightly stuck on the lashes – extra brownie points! Granted, this is the first pair of falsies I own from Make Up For Ever but if all their lashes are made to be this resistant, I think I’ll be getting more for myself in future.

If you aren’t following me on Instagram yet, here’s a picture I took that night at the National Museum of Singapore:

* This entry contains affiliate links. When you click on such a link and make a puchase, Laced Ivory earns a commission. In this way, you can help support the blog while you shop.