The boyfriend and I took a little trip to Paris over the weekend to meet up with a friend from Singapore and also to stock up on my Shu Uemura foundation. It was a great little trip and I had been missing the city for a really long time! It was good to be back. I noticed that the sales personnel in Paris generally speak English to you once they realise you don’t really understand French. It’s quite unlike the rest of France, where they insist on speaking French whether you understand or not.

Anyway, on to my hauls! I managed to buy the new Face Architect Glow Enhancing Powder Foundation. Since I already own the compact, I just got the foundation alone and got the SA to put the new one in my compact for me. After I’d decided which shade of foundation to get, she asked if I’d like to have some blush on to wear for the day and I happily said yes. My, that made me about 30€ poorer because I fell in love with the shade she’d used on me! Coincidentally, I was on the lookout for a new blush so I asked her which shade she used and she promptly handed a new blush to me. Here it is: 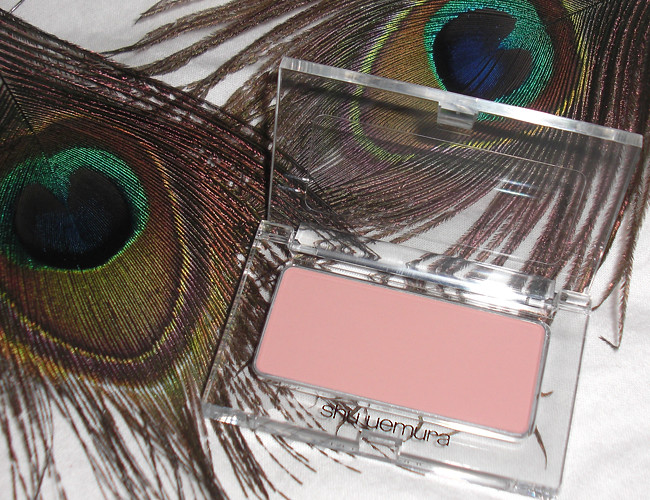 Shu Uemura’s Glow On Blush in M Peach 43B


It’s a shade that’s not too peachy nor coral and neither is it too pink – it’s somewhere in between all that. It’s just too cute! It’s really pigmented as well so I think it’s value for money because you don’t have to use a lot at a time.

Well, well. What’s a trip to Paris without dropping by the city’s very own “maison de macarons?” I brought my friend and her cousin to Ladurée, where they make the best macaroons in the world! The boyfriend and I couldn’t resist getting some and so we did. Here are a couple of pictures I snapped, Ladurée-esque: 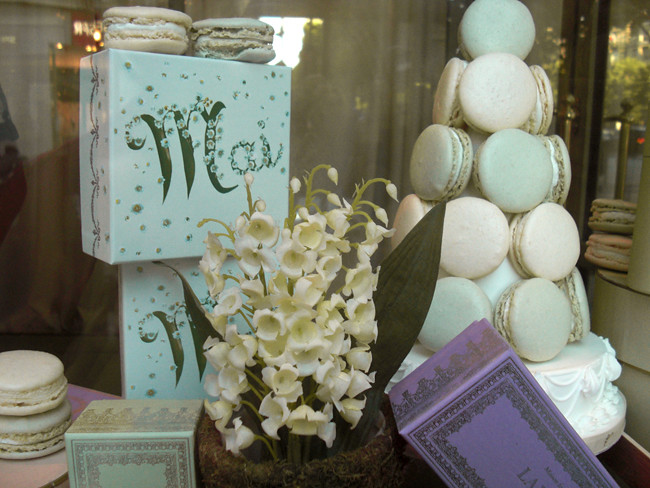 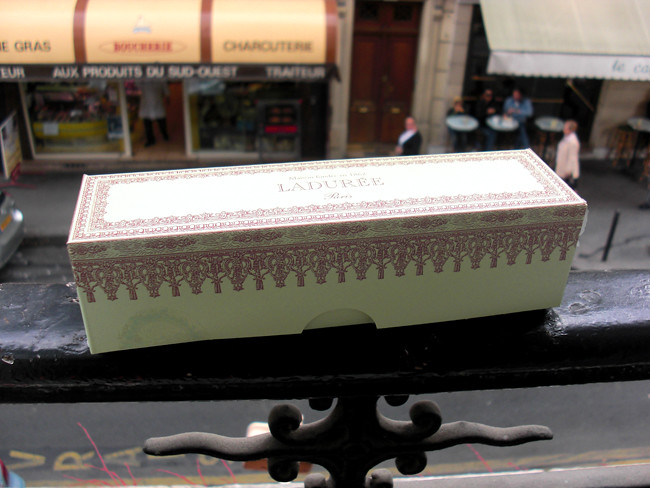 Our couple box of 8


Seeing these pictures, I really think it’s time I invested in a new DSLR, don’t you agree?