The Little Moments Makeup Blew into My Life 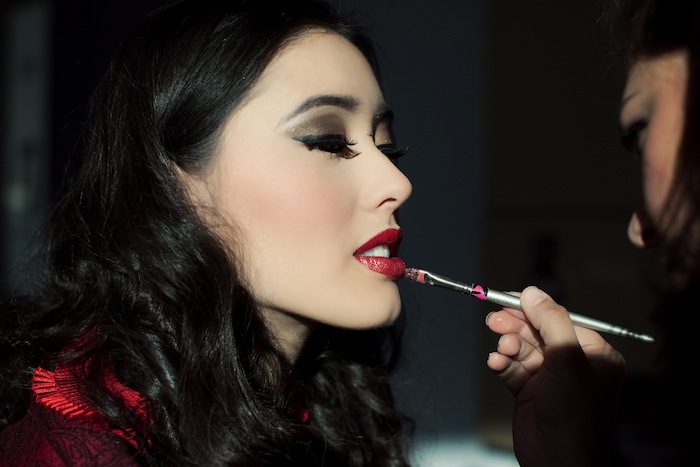 Uneven brows. Invisible brows. Pasty foundation with the wrong shade of blush. Bleeding lip gloss that looked like a gooey waterfall more than anything. Over-curled eyelashes. Bright blue coloured contact lenses (they made me look like a wolf-girl). Lipstick-stained teeth (The Boyfriend got so amused).

Those are just some of the beauty mishaps that I’ve encountered in the past half a decade of my dabbling with makeup. There’s more, of course, and some really just made me want to do the whole hide my head underground thing. Like the time I was on the metro and my girlfriend couldn’t take it anymore, so she blurted out, “Hey girl, you’ve got black stuff on your face. Can you take that off? It’s annoying me.” Said black stuff was mascara fallout. Oh, the wonders of fibre mascara and dry weather.

And anyone who’s given falsies a go would tell you of the risks of the strips falling off when they’re not supposed to. Yep, that’s exactly what happened to me, while I was on my way to an event in public space. My left falsie fluttered in the non-wind like nobody’s business and I had no choice but to kill it. And the right one as well.

But makeup has also been a savior or blessing more than once. It was the dark blue smokey eye with MAC’s Blu-Noir that once caught the attention of the hot guy who’s now my boyfriend. False lashes and coloured contact lenses gave me bigger eyes. Foundation hid all the acne I used to have, so that I had the confidence to face the outside world. Neutral eyeshadow gave me (and still does) a more professional look so that potential colleagues and employers would show me more respect in the working environment.

If I look back in time, there were those beautiful, intimate moments that wouldn’t have happened if makeup hadn’t existed. Like the time I applied makeup for my mother so she could attend a dinner, looking gorgeous. And the time we had to get dolled up to take our family portrait when I graduated from university. Or the time The Boyfriend kissed me on the lips, knowing full well that I had lipstick on. And also the time I bawled my eyes out about something and looked like a complete drunk panda-gone-berserk, but he still stayed and consoled me (so I know I can be myself in front of him and that he cares even when I look like a pile of stinky rubbish). And the little moments when I’d spend minutes putting on my makeup before going out for dinner and he’d come over and say gently, “You don’t need makeup.”

A princess for a day.

Some people may scoff at makeup. They think it’s for insecure beings. Or worse, that only (gasp!) sluts and whores use it. What they don’t see, however, is that makeup can actually be a huge part in a person’s life and it can open our eyes and heart to lots of stuff we don’t usually see and feel. A bride wouldn’t feel the way she does on her big day if it weren’t for makeup. For me, makeup has contributed greatly to where I am today and will continue to do so, for many more years to come.

What were the little moments you’ve had with makeup? Share it in the comments section below!

Feel beautiful via Just to Make You Smile.