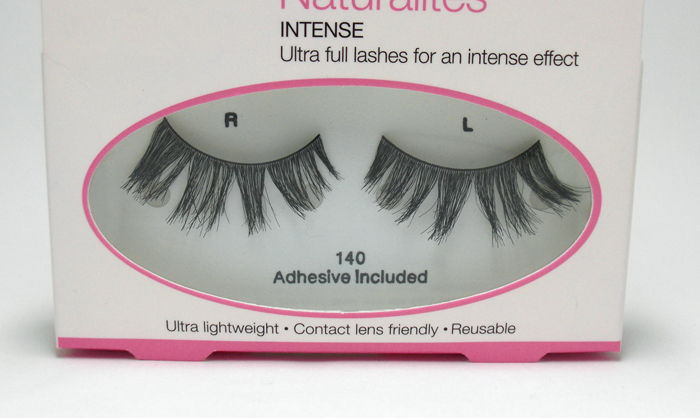 There’s this thing about Eylure’s Naturalites Intense false eyelashes. They seem so extremely awesome, like there can’t be anything else out there that does better, but at the same time they are kind of too good to be true. I have this love-hate feeling towards the pair I’ve got and here’s why.

I got them recently from the Robinsons Expo Sale, among other things, and tried it out the day I dropped by the Marina Bay Sands for a hair treatment. The lashes were so luxe. Everything about them were unbelieveable – the softness, the lightness, the flexibility. For such a length of false lashes, they were incredibly soft and light and in fact, I’ve never worn lashes this light before. When the wind blew, they’d flutter so much that I was afraid they’d fly off my lids! Imagine a girl running after her flyaway lashes. Now that would be funny to watch. For the S$8 that I paid, these lashes were worth it. I didn’t use the glue that came with the pack and that was probably the start of its demise.

Yes, I killed those fluffy things. Please give me a moment while I bawl my eyes out and mourn over their death.

So, to continue. When it came to the time to remove them at the end of the day, I did the usual cleansing with my Shu Uemura Cleansing Oil and water. The glue dissolved as usual and the lashes fell out easily. But then, horror of horrors, this made my falsies lose their original shape! The strands started to curl in unintended directions and they also clumped together like gossipy girls at a party. At first, I thought it could just be the water that made them stick to one another, so I waited till they dried. It was no use. My lashes remained destroyed beyond repair.

My destroyed lashes, a stark contrast to the original.

I checked the instruction and care manual that came with the lashes but nowhere did it say that the lashes could not come into contact with water or makeup remover! Tell me if this death was justified. Or maybe I’m just too ignorant about mink fur. Either way, it would have been way better (and would save quite a bit of heartbreak) if Eylure did warn users about this. To compare, my Shu Uemura and Ardell lashes never ever did die on me this way.

I suppose this was a hard lesson learnt. I should have just pulled them off at the end of the day but then again, I don’t ever want to hurt my lids! It’s not as if I’m getting any younger so of course I never do anything to damage the skin around my eyes, even if it’s the lids we’re talking about. I’m not sure if I’ll purchase this again. OK actually I have – it’s a Girls Aloud pair that was on discount.

Eylure makes irresistible lashes that die pretty fast. I’d say save them for the really special occasions because you won’t want to let your money go down the drain.

Start the Year with Antioxidants