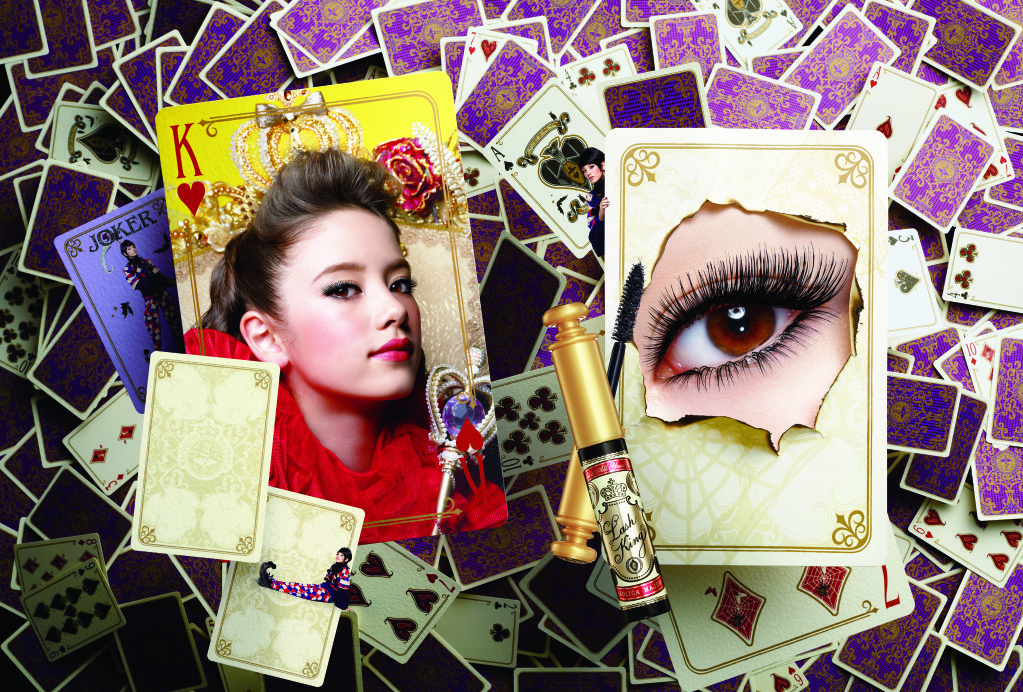 I was looking around for an alternative mascara for the Fairy Drops Thin Film Platinum Mascara when I came upon the Majolica Majorca Lash King Mascara. This mascara is one of the newer mascaras from the brand (from its Spring 2012 collection) and it’s a combination of the previous mascaras and gives the effect of lengthening and volumising at the same time.

First up, the packaging is super pretty! The mascara comes in two shades, brown and black. The one with pink on the tube is black, while the one that has got blue is brown. Once opened, the mascara has some sort of a chemical scent and you’ll notice that the formula is pretty dry. It’s not exactly an inky mascara, but more of a thick suspension of long fibres (up to 5mm) in a complex liquid. A complex liquid is something like mayonnaise, whipped cream or ketchup – It doesn’t flow easily like water or oil, but when left alone will submit to the pull of gravity. Because it’s dry as such, it doesn’t coat lashes as well as other types of mascaras. You have to be careful (and maybe strategic) where you comb your lashes because some fibres can get into the eye or even remain on the brush itself. The Majolica Majorca Lash King Mascara is waterproof, does not smudge when worn and washes off very easily with eye makeup remover (more easily than the Fairy Drops one).

The Majolica Majorca Lash King Mascara in black. Notice the fibres at the far end of the brush.

Overall, I’d say this mascara from Japan is a good one to have, mainly for the fact that it lengthens and does not smudge or have fallout during the day. However, when compared to the Fairy Drops Thin Film Platinum Mascara, it loses because it’s too dry.

Do you own any of Majolica Majorca’s mascaras? What do you think about them?

How to Tell if Your Skincare Routine is Working for You