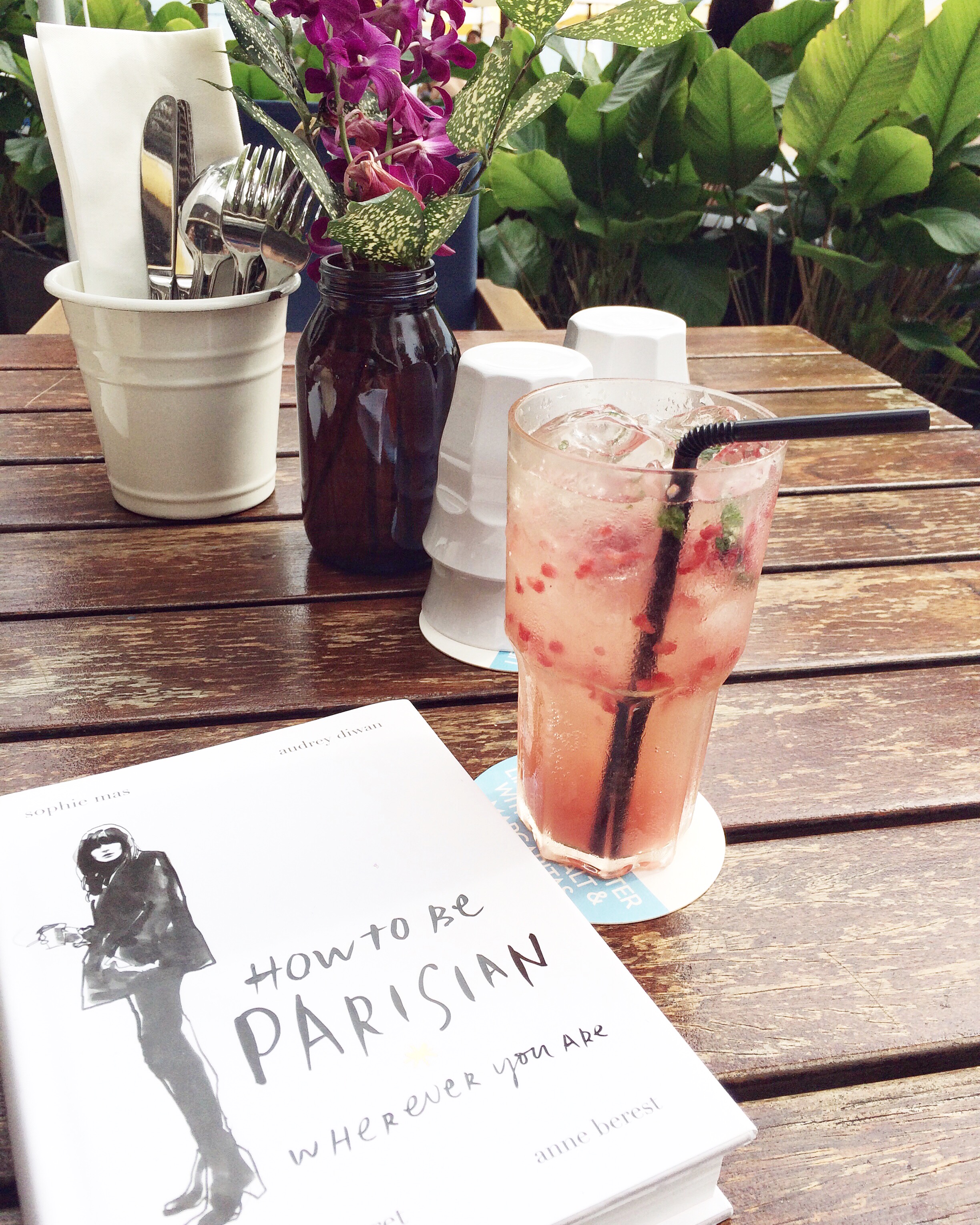 If there’s one thing I’ve learnt about the French language and culture, it’s that the rules don’t matter. Even one of my French professeurs confessed in class once that rules in France are made for the sake of being made – and people just couldn’t care less about them.

To me, that’s made total sense since all of one week ago.

The reason French is so hard to learn is because there are so many exceptions to grammar rules. And then, there are also exceptions to those exceptions. It’s gotten to the point where now I no longer question why certain things are pronounced or written in certain ways. I just accept them as they are. I’ve finally let go of the need to understand the language rules in French and because of this, ironically, I think I’m finally getting it.

But that’s not the point of today’s blog entry. Today, I want to talk about French makeup. The French “look”, however Vogue or Elle may define it. Ask anyone who’s been in France for long enough and they’ll tell you what I’m about to say: There is no such thing as a French look. Or at least, French women don’t do that kind of thing (see, absolutement pas de règles here).

Google “French makeup look” and you’ll spot the pattern of just-bitten lips, a bare face (i.e. no contouring and all that fancy highlighting) and a naturally lined cat eye. There are no false or heavy lashes, dark smokey eyes or vibrant eye colours. Brows are kept natural and there isn’t sculpting of the facial features.

You’d think French women walk around like that all day. Thing is, it can’t be further from the truth. The French look you’re so familiar with is one concocted up by the media and Hollywood; nothing more. Yes, Audrey Hepburn had her signature cat eye look (she did work with Colette after all) and Marion Cotillard has the same natural look but both of them, loosely speaking, as well as many others, belong to the big screen. That’s why you need to look at those who do not.

The girl you see sitting outside the café. The girl walking past you in a hurry across the bridge. The group of teenagers laughing and having a good time by a street corner. Girl friends going shopping, hand-in-hand, along Rue de la République. The lady queueing for popcorn au ciné. I could go on but you get the idea. No one has the same kind of makeup, unless it’s teenaged girl friends learning new makeup skills together.

And that’s the lovely thing about France and the French – that everybody is different and allowed to be that way. That by being different, your individuality and confidence shine and are the focus of who you are. That by not following beauty rules which claim to make you look a certain way, you genuinely embrace who you are and present that version of yourself to the rest of the world.

In short, the French woman simply doesn’t care what you think.

I’d say that you’d have a high chance of learning the best way to draw on some proper cat eye from a French lady. That, and which red lipstick you should invest in. Other than these, all the other secrets she has are likely beauty tips passed down for generations by her great-great-great-grandmother and probably won’t work for you. Go find your own.

In addition, the French are equally drawn to makeup trends just as you and I are. They’d read all the tips and tricks on blogs and magazines but still stick to what they themselves came up with. If they had to follow your guidelines on how to apply blush, they’d adapt it to fit their style – and why not? Even if they knew about what’s hot, it doesn’t mean they’d be doing the same thing. So many women I know just don’t even bother with makeup that much anyway. And if they did, the most common look I’ve ever seen is full lashes with thick black eyeliner, skilfully drawn, of course.

I love it. More women around the world should seek to attain this level of self-assuredness embodied in the French. Following beauty rules doesn’t even come close to learning and perfecting the techniques behind them. And this is why the French woman knows that she cannot fail in the realm of makeup, rules or no rules.

So go out there, do what you need to do and practise. Those YouTube videos that show you how to become someone else? Don’t even bother. You won’t learn anything useful, save for the fact that makeup can do a lot to alter the way you appear. Look in the mirror and be honest with yourself. What is the mask that you want to create, that would show who you truly are on the inside? And then go on and work from there.

Wednesday Musing: I Went Skincare-Free for an Entire Week and Lived to Tell the Tale

Singaporean Bloggers Need to Declare Taxable Benefits. So What Now? (Plus a Free Excel Sheet for Download.)