Updates From my Not-So-Perfect Life 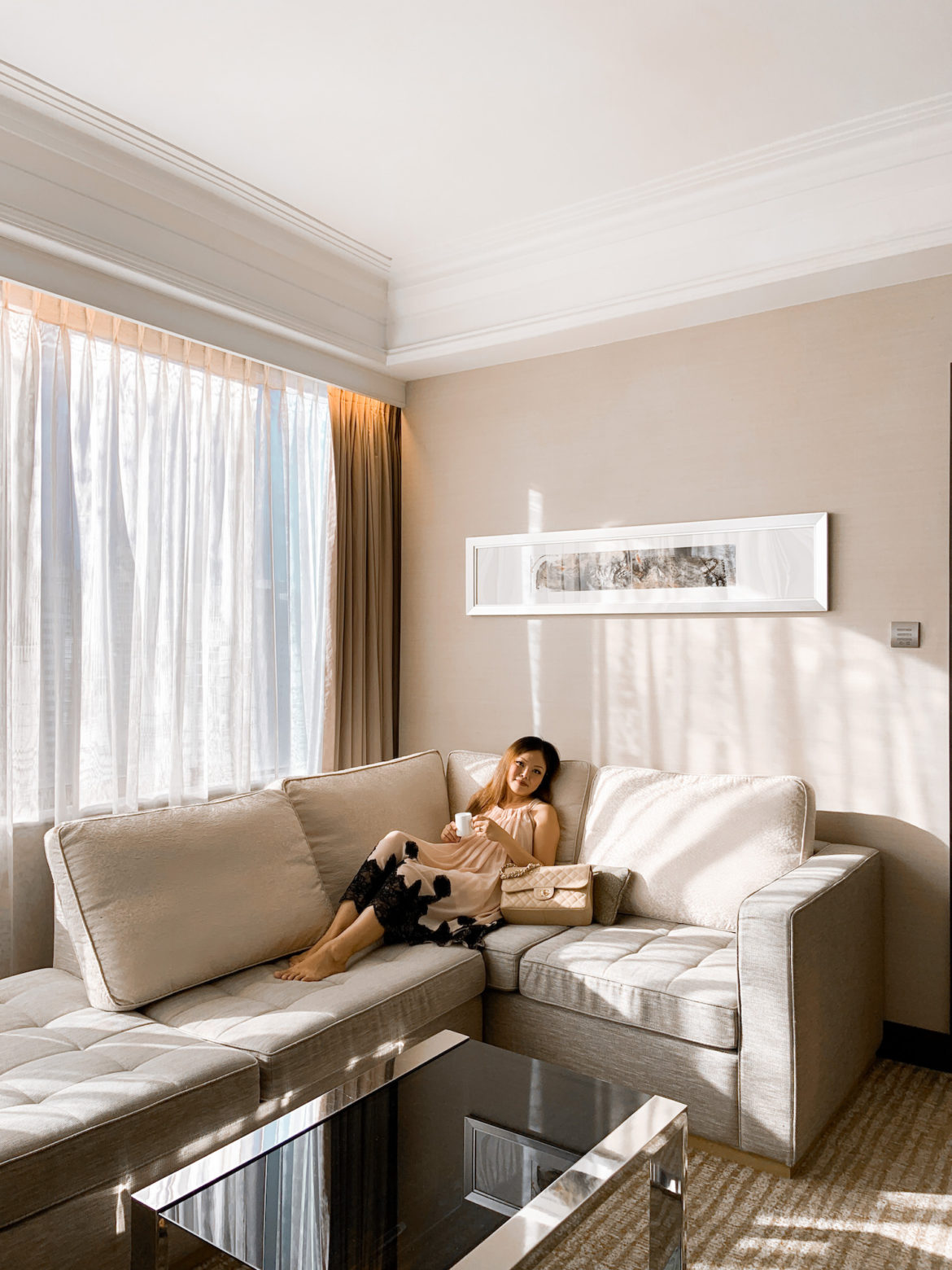 If there’s any huge life lesson I’ve learnt in the past couple of months, it’s that not having a permanent place to call home is extremely disruptive and stressful. Oh, add to that a second life lesson: that every pregnancy is different, even if you’ve been pregnant before.

I softly announced my current pregnancy 2 weeks back on social media by posting this staycation photo:

Truth be told, I didn’t think I looked obviously preggers but I guess people are observant enough! Right now I’m 21 weeks pregnant with Baby No. 2, and I’ve known I was pregnant right from Week 6 (sometime in May this year). Keeping this as a secret proved a little harder than for the previous pregnancy because this time my tummy showed much earlier – in the first trimester.

The first 2 months of this pregnancy was actual living hell. I was dealing with a lack of sleep at night due to Aurélie having sleep regressions, teething issues and illness (including a suspected dengue scare, which turned out to be a roseola virus). This didn’t help with the extreme fatigue, common with the onset of a pregnancy, I was experiencing during the day. I also had a ton of bloating/gassiness problems that wouldn’t go away for hours on end, which made it even more difficult to get any rest. To top it all off, I had occasional dizzy spells.

So for those 2 months, apart from working however much I could on Trouvée.Co and attending interviews, I was OUT. If you had given me a break at any time of the day or night, I’d be gone within 5 minutes or less.

A month ago, we moved into a new apartment just a street away. In the midst of then and today, I’ve:

I’ve come across cockroaches before, and even had an encounter with an infestation once but never have I had to deal with something of this extent. Just prior to moving out, we’d stopped cooking in the kitchen altogether and I’ve no longer stepped into the yard for more than 3 seconds during the day (to place my dirty laundry). My poor baby girl had not been getting proper food and nutrition and didn’t understand why we wouldn’t let her into the kitchen.

We’ve had 2 groups of pest control come twice (so, 4 times in all) and take a look at the apartment, and I even made a complaint to NEA to pressure MCST to do something about it. I’ve so far mentioned to the landlord’s real estate agent about our intention to move out and (again, sigh) was met with threats of legal action. You’d think people would have a conscience and know their place when they’re in the wrong or don’t stand a chance in winning a fight.

I’d broken down several times (and I never break down) and finally just decided we needed to move right away, even though the lease to the new apartment would begin only in November. So longer story short, we’re now temporarily at my parents’ place, free from the vomit-inducing scent of roach nests and pesticides. Even today, when we return to the apartment in the day to work or pack more of our stuff over, we still see roaches around (dead and alive).

Anyhow, I’ve to draft an email to the landlord about our move, which should be finalised the coming Monday with the help of a storage and moving company. If you’re interested, the two pest control companies that came by were Aardwolf Pestkare (came by within hours of my urgent call on a Sunday) and Anticimex and I highly recommend them both.

While I’m at it, we now have to deal with a stressed out 1-year-old who has difficulties falling asleep at night due to all the moving. All our positive results with sleep training have gone down the drain and I also have to face judgmental comments from my own parents on how I shouldn’t let my baby cry before bed.

We have another month to go before the dust settles. Right now, I’m taking my gynae’s advice: Deal with one thing at a time. I’m also counting my blessings, such as having my parents who’ve welcomed us into their home and helped so much with moving, and having a trustworthy lawyer contact on Whatsapp (who I got to know only because of my work as a real estate agent). I’m thankful for being able to spend one-on-one time with Aurélie this much. And every night, when Baby No. 2 kicks me in bed, I feel so lucky to be able to nurture and expand our little family.

We don’t know if we’ll want a third kid so I’m also taking the time to treasure this pregnancy as much as I can. I don’t know what came over me, but at the latest detailed ultrasound appointment, upon hearing the nurse tell me scan by scan that Baby No. 2 was looking good and seeing his tiny face staring back at me through the screen (plus his finger gun hand signal that seemed to say, “You’ve got this mum!”), I completely lost it.

I’ve just signed up for pre-natal Pilates again (I miss the reformer so much!) and can’t wait to get moving. Hopefully the worst is over, and I really look forward to seeing all my friends in a more normal way of life again soon. I also can’t wait to be able to have the luxury of blogging and vlogging like I used to before this whole fiasco.