My Pregnancy Struggles of Having 2 Under 2 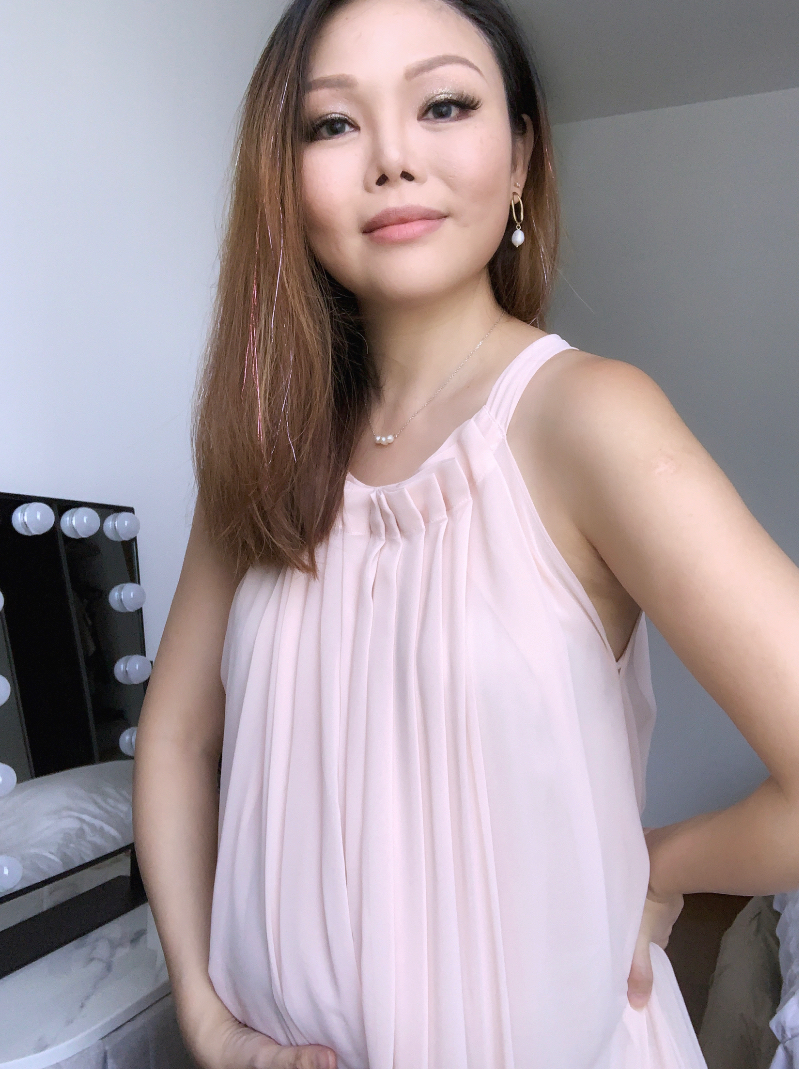 Aurélie is taking her afternoon nap right now and I have Trouvée.Co’s new collection all launched and ready to go. So that leaves me with some spare time, and I thought this space could use a bit of an update.

I’m currently in Week 36 of my pregnancy, so you can probably tell things are getting real! Aurélie is turning 18 months on my birthday this month, which means we’re going to be parents of 2 under 2. Prior to this, I had no idea that this was a thing. I’d always thought that having more than one kid was pretty normal for many people. What I didn’t realise was how difficult it actually is to have them so close together, at least in the beginning, and at this stage of my life.

Every pregnancy is different – it’s true. I thought I’d have an easy one this time because having Aurélie was a breeze. But the second time round, I have suffered from almost every inconvenience that comes with a pregnancy, save for the puking and terrible water retention.

There have been days when I can barely get out of bed because I’m just. So. Tired. There were nights when I can’t fall asleep because Baby No. 2 won’t stop kicking me. I’ve experienced painful bloating in the stomach and lightning crotch. I can’t turn in bed or get out of it without help. I have to sit to wear my pants. I can’t pick things up from the floor.

Sometimes, I just can’t get back to sleep because my mind is filled with random thoughts. And then I get hungry because I’ve been up for 2 hours, so I go make myself some noodles. Then sometimes, I feel like I have some energy after eating, so I might as well take advantage of the pre-dawn peace to get some work done and before you know it, it’s already 7am.

This baby has been super, super, super active! I’d been worried a few times, even checking with my doctor and online articles about whether hyperactivity in the belly was linked to any abnormality after birth. Thankfully, there are no known links, but instead, an active baby is always seen as a good thing.

I guess I’ll just have to put up with the exhaustion, and sleep whenever I can. There were times when Xav mentioned to me how he’d found me sleeping at random times during the day even though I don’t remember it. How can anyone not be aware that they had slept?! I’m still trying to wrap my head around that.

Currently, I’ve stopped bringing Aurélie to school and picking her up from school because I’m not able to walk that short distance from our apartment. What would take about 10min on a normal day would now take closer to half an hour with searing pain with each step (due to my ligament issue and Baby No. 2 kicking my bladder with brute force).

I have wished countless times to be able to bring her out to places during the week, like the Gardens by the Bay or to River Safari, or even just to an indoor playground but I can’t because of my temporary physical impairment. I can’t pick her up and carry her like how I (and she) would love to. I can’t hug her as much and as spontaneously as I like.

But then I remind myself that for all that I can’t do, I am giving her what is even better – a sibling she will be able to grow up together with, and I think that trumps everything else. And even if I weren’t pregnant, I still wouldn’t be able to bring her out during the week because I’d be at work.

I have to be honest. Career-wise, it’s been a horrible time for me (especially with Covid wrecking our economies and all). I’ve to constantly remind myself to be thankful for all that I have right now. It’s always the fear that creeps in when I don’t notice it. The fear that tomorrow, I could lose it all and we’d be in trouble because I don’t “have” a job/work – and I can’t get a job/work in my current state until about May-June this year. Sometimes I feel like a burden but I know, logically speaking, that I shouldn’t feel that way.

There’s also a big part of me that wants to have that amazing career. But I’m also aware that it’s impossible to have it all at the same time. If I look at the big picture, when I’m 60 and done with all these, I would probably have achieved all that I’d set out to do. And right now, what I’m doing is building the foundations for a family that I’ve always wanted.

I think I need to just remind myself often that I’m right where I’m supposed to be in life right now. Stop wishing to be somewhere else, doing something else. Put all of me into what I’m doing now. Because knowing me, the future me is going to regret wishing I were elsewhere when I could have been more present and fully immersed myself in the experiences that I found myself in.

So I guess my new year’s resolution is to live every moment with intention. Right now, my intention is to continue working on Trouvée.Co and get our home ready for Baby No. 2!

Thanks for sticking till the end of this post, if you’re still reading. I’d love to write something more lighthearted next, so hopefully I’ll have the time to do that soon. You know, you should actually follow me on Twitter because I tweet quite a bit almost every single day and everything is instant. Also, the Twitter community is much more tightly knitted than anywhere else.

Blogmas 2020: How to Survive Christmas Alone