I was given some temporary tattoos to test out and review for the people over at Tattoo Manufacturing. I got to choose some designs from the in-stock tattoos that I wanted and here are what I’d selected: 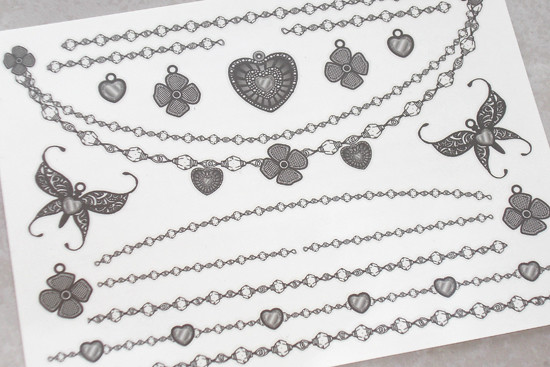 From the jewellery range 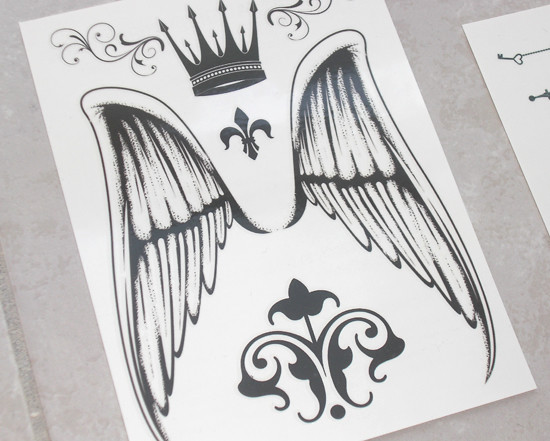 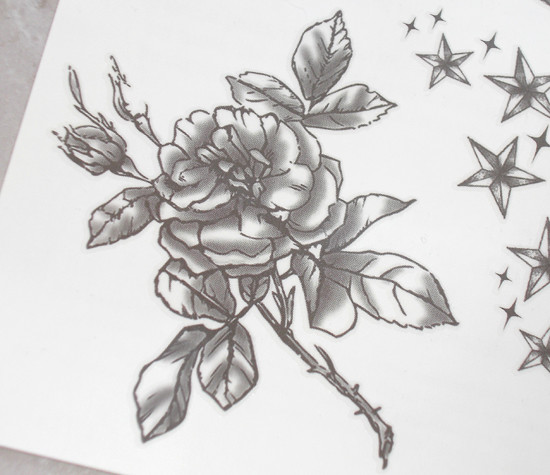 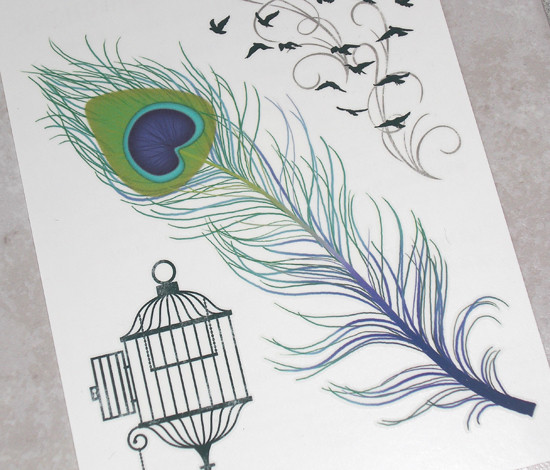 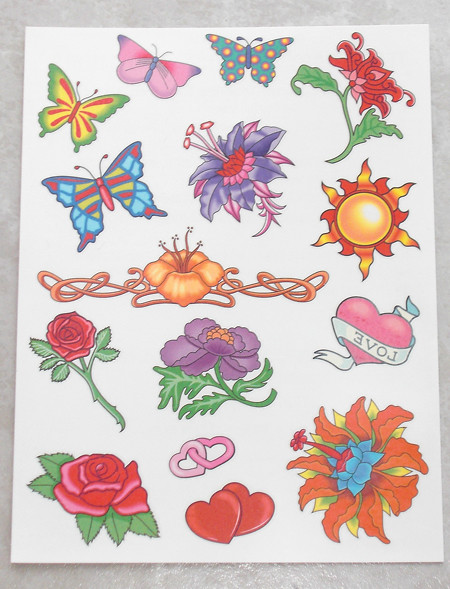 A little extra from Tattoo Manufacturing


My favourite was initially the set with the peacock feather but then after a while, I decided I liked the wings more. I wanted to put the wings on my back a la Nicole Richie but the boyfriend didn’t like the idea of it (he basically doesn’t like me with extra stuff on like piercings and tattoos and what nots) and I needed him to help me put it on so I guess I had to pick one that he said OK to. In the end, we both agreed on a little butterfly from the jewellery set. It’s supposed to be a charm but it looks fine on its own. 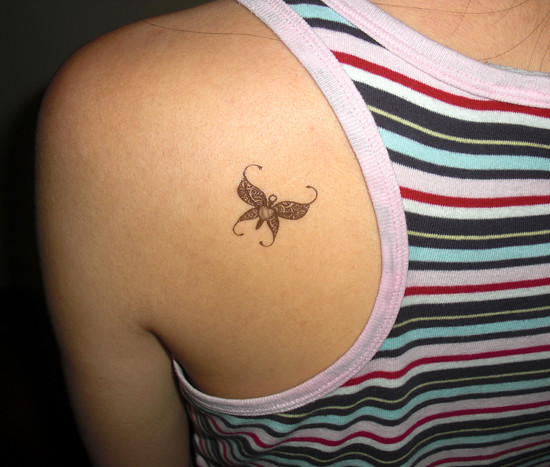 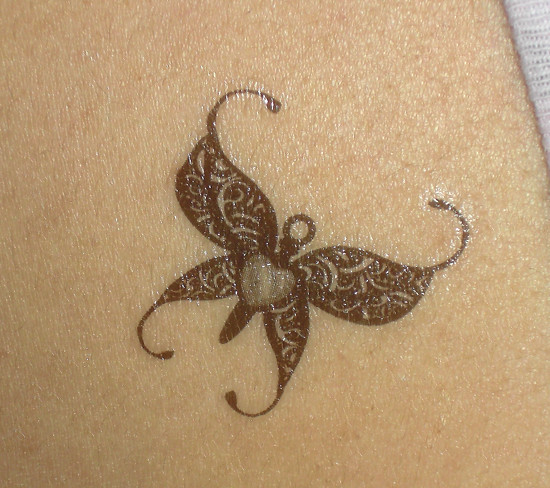 
So, what do you think? I think it looks pretty good! It may be a little reflective in the pictures but that’s only because it was wet. After the tattoo had dried, it stayed on me for at least 4 days without any part coming off. I’ve had it on for a week now and only a tiny part has fallen off but from far it still looks complete.

Tattoo Manufacturing also does custom tattoos and other interesting stuff like scratch cards and children’s colouring books. They’ve collaborated with brands like Ed Hardy, Chanel and Betsey Johnson and have also come up with scented tattoos for celebrities like Paris Hilton, Fergie and Rihanna! Wow I feel quite flattered and honoured that they asked me to do reviews for them, even though it was for their in-stock items. Wouldn’t it have been awesome if I were to make my own customised scented tattoos with them?

Do you like what you see? Would you like to get your hands on them? Watch out for my next giveaway, which will include all these and more!