I Cut My Hair 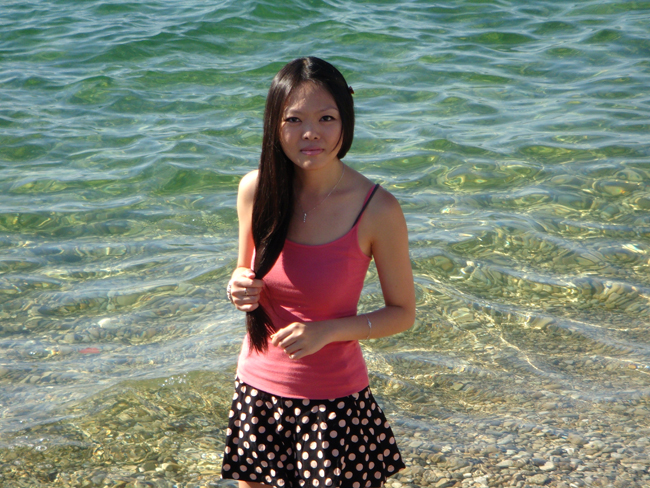 Well, technically, my boyfriend did it for me but he still did a pretty decent job. My hair was getting too long and heavy, and it dragged downwards and hurt my scalp when I tried to change the parting. It also got a bit hard to brush and style because of all that weight. On top of that, I needed some good luck (I’m quite superstitious) so I felt it was time to snip some of it off. Here are the before and after pictures!

At Aix les Bains for Musilac: Before the haircut.

One with the pristine waters.

After, when the sun had somewhat set.

Now what do you think? My hair is generally healthy since I use leave-in treatments almost daily. The colour is naturally dark and turns brown under the sun. In the “before” picture, you can actually see the shadow of my boyfriend on my hair (he’s the photographer)! As for whether the haircut gave me good luck, I’ll write more on that in a later entry. I don’t want to say much at this moment because I don’t want to jinx anything!

Girl Powder for the Sporty Girl and More