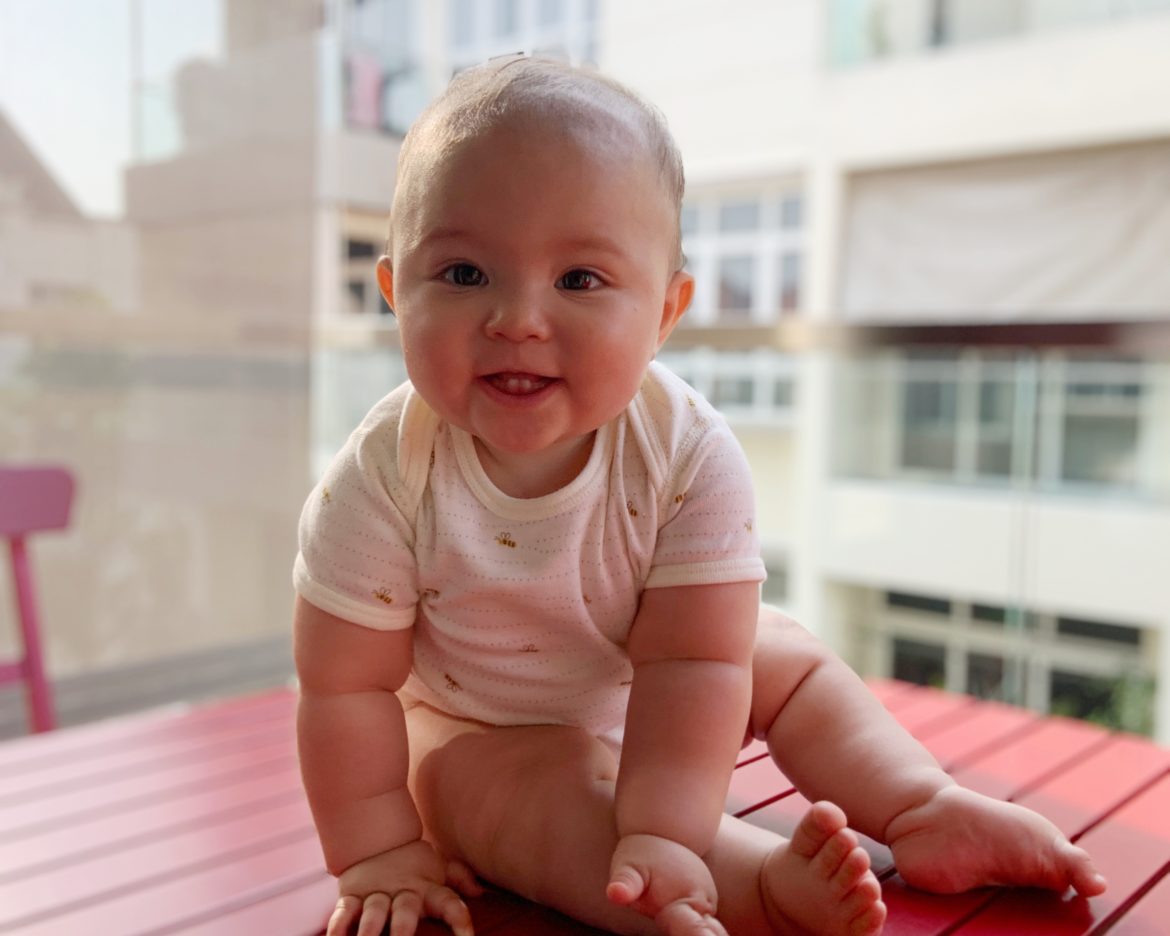 If you’ve come here looking for tips on how to wean Baby from latching, you’ve come to the wrong place. I HAVE NONE.

But what I’m sharing is our experience, which wasn’t the smoothest sailing. Hopefully at the end of this blog post, you’d feel better about yourself if you aren’t doing so great with weaning either.

WHY I STOPPED BREASTFEEDING

I had always decided, for no real reason, that I would stop breastfeeding once my baby turned 6 months old. But it wasn’t until I was going to put it in practice that I realised why this made sense for me.

You probably didn’t even read through all of that and I don’t blame you. These thoughts always came to me all at once, just like this. I could not – and still cannot – deal with them. It would take a mental toll on me if I had to go through this every day, and that would surely make me depressed/stressed/unhappy. I cannot be depressed if I want to bring up a happy baby, work and also keep my family sane/functional.

So I decided to stop breastfeeding once Aurélie reached 6 months of age.

HOW I STOPPED BREASTFEEDING

It didn’t end right away though. At this point, I no longer pumped because Aurélie was exclusively latching on to me for feeds. We had also started her on some purées (at 5 months old) like potatoes, persimmon, banana and avocado on an as-and-when basis. But I had to make the switch because I was going to get back to work and we also wanted to start her on more solids.

The first thing I did was to stop taking my usual fenugreek supplements. The moment I did this, my milk supply dropped drastically within roughly 3 days. I went from pumping/latching every 3-4h to every 6h, and by the end of the week or so, I basically pumped only once in the day for 2 days. And then that was the end of it.

So I think by default, 我是没有奶的. LOL.

HOW WE TRANSITIONED TO THE BOTTLE

This was the hardest, most challenging part for us. Aurélie had gotten so used to latching for all of her feeds that she absolutely refused to take the bottle. She would cry and squirm each time we tried to give it to her, and would honestly rather starve than drink from it.

This meant that there were times when she would not drink at all during the day because I would also not latch her when she rejected the bottle. The only times I would latch her were during the first feed in the morning (right after a long night of no milk) and the last feed at night (so she can last the night and sleep well). Sometimes, I would also latch her during the day if I felt that she really needed the milk. It was important that I latched her for her night feed because we were also sleep training her during this time and I really didn’t want her waking up in the middle of the night wanting milk.

I bought different milk bottles, all recommended for weaning babies (Avent, Comotomo). We tried using a different teat for our Tommy Tippee bottles.

At first, Aurélie sort of accepted the Comotomo bottle. We thought we had finally succeeded after she drank from the bottle for a couple of days, even though she still wasn’t drinking much. But then! She randomly stopped drinking from it again and would break out into screams the moment it touched her lips.

So I did some research on the best sippy cups for babies because I thought maybe Aurélie just didn’t like the bottle itself and would take well to a cup. I then went on to buy 3 different types of sippy cups (the ones from NUK and Munchkin) to test out.

By this time, I was really out of ideas. If she wasn’t going to accept any of the sippy cups, I really wouldn’t have known what else to do other than just pressing on with what we were already doing. Aurélie also had constipated poop and I feared she was getting dehydrated as well.

For a baby her age, she was supposed to drink about 180-200ml each feed. She was only taking in about 20-30ml from the bottle. I had no idea how much milk she was taking in when she latched either. Nonetheless, I still had to latch her a few times to ensure she was getting enough fluids. This was in the midst of also pumping milk several times during the day. Talk about going back to work. Tsk.

Right after we tried giving her the sippy cups – which she took and explored but didn’t really drink from – Aurélie decided she very much preferred the Comotomo bottle after all.

After almost 2 weeks of scream-crying every 3h every day, she finally decided that this was going to be it. The Comotomo bottle had won! All of us can finally chill now!

It was such a huge relief when Aurélie finally accepted the bottle. The moment that happened, we could finally move on to create her daily mealtime schedule. Right now at 7.5 months, as she also now sleeps through the night, here is what it looks like:

The amount of milk she takes each time varies. The volumes above are just how much milk we’d give her in the bottle and are average values of how much she drinks in each time. She may or may not finish it, and sometimes she may even want more. For example, she can go from 60ml one day at her 4.30pm feed to 140ml the next day, and then 30ml the following day. Any milk that’s left over from a feed is refrigerated and then given in her next feed or meal but is not kept for any longer than that.

Aurélie eats much better than she drinks. Which is why I’m not too worried about how much milk she currently takes in, as long as she takes in enough to sustain herself, she’s growing well and she’s not constipated. Some food she’s tried so far:

We’ve just started experimenting with baby led weaning, so I’m pretty excited about that. We’d have to keep a close watch when she does that, even though I only give her really soft foods.

Most parents I had consulted about weaning advised me to just keep giving her the bottle, and that when she really got hungry, she would have no choice but to drink from it. But seeing how she simply refused to drink and was constipated, it was sometimes impossible for me to do that. I was highly stressed during this period because there didn’t seem to be a solution in sight. What kept me going was the fact that so many parents have also said that the challenging times don’t last. So, each day we pulled through was just a day closer to the end in sight.

Giving Aurélie leftover formula milk from a previous feed is perfectly fine to us. Despite the fact that she’s drunk from the bottle, the milk doesn’t turn bad because we keep it in our fridge. Honestly, we drink soya milk from the same cup that’s been in the fridge for days, so baby can take milk that’s been in there for 4h.

I’m really happy and thankful that Aurélie is so open to trying out new foods. We try to give her as wide a variety as possible so that she gets to enjoy the myriad of tastes and benefit from the vitamins. If we feel that she isn’t taking in enough milk, we’ll give her baby cereal with formula milk for her meal.

This is the Comotomo bottle that she currently uses. She’s using the fast flow teats (6m+) with the bigger 8oz. bottle. You can find this also at department stores like Isetan (where I got mine) or other stores online, like Pupsik Studio, but take note of the teat size.

This is the Munchkin sippy cup that she uses for water. I highly recommend this as it’s spill-proof, easy to wash, BPA-free, allows babies to drink from any angle and is also recommended by dentists for teeth and gum development. A great option to let your baby learn how to drink from a cup!

I hope this post has helped you in any way possible if you’re going through weaning. It’s not the easiest thing, but once your baby transitions well (and he/she WILL), it will be all worth it. I’m not going to tell you to enjoy the process because I definitely did not. But I hope you’ll get equally excited when you finally see your little one grabbing broccoli florets and chomping down on them! Much love.

Working From Home? Here’s How to Make It Easier.